The 2021 Restoration of the Fenlason Memorial in Franklin NH

Shortly after WWII the American Legion Post in Franklin NH worked with the City of Franklin to purchase a surplus antitank weapon to be placed in a square honoring a fallen hero of the Great War, Pvt William A. Fenlason. Unfortunately, the Franklin Post turned in its charter in the late 1980s and the PAK-43 Antitank Gun has been slowly deteriorating.

A Need To Restore the Franklin NH Memorial

It was recently discovered that the building behind the Fenlason Memorial may be scheduled for destruction to make way for a new convenience store. In response to this news, action has been taken by our own Leo Paquin in order to restore the memorial and ensure the small park housing the surplus antitank weapon, would remain.

The Successful Restoration of New Hampshire’s Fenlason Memorial in 2021

As a Legionnaire, Leo Paquin is committed to preserving “the memories and incidents of our association in All Wars”. For this reason, Paquin wrote to several posts and units around the state requesting assistance with funding the Fenlason Memorial restoration project. He was instrumental in successfully completing the restoration (shown below).

The project could not have been completed without the financial assistance of A.W. Frost Insurance Agency, the support of the City of Franklin, and the help of the Franklin Business & Industrial Development Corporation (FBIDC) in collecting and distributing the donated funds. Leo Paquin and A.W. Frost would like to extend a hearty thanks to all who donated, and a special thank you to Moses Auto Body in Franklin NH for refurbishing the PAK-43 Antitank Gun.

The agency is fortunate to have a leader like Leo Paquin at its helm, who is unwavering in his dedication to such goals. Protecting the legacy of our veterans and the memories of our country’s wars is a cause we will always support with pride.

The surplus antitank weapon honoring a fallen hero of the Great War, Pvt William A. Fenlason (before 2021 restoration) 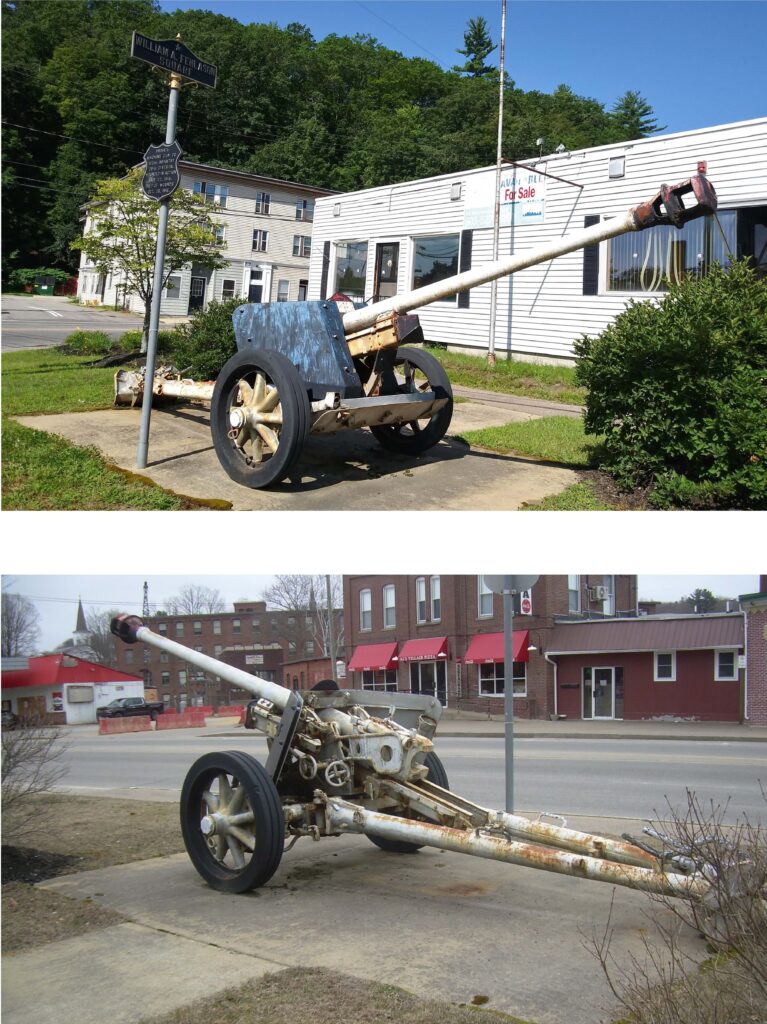 The Fenlason Memorial in Frankin NH, after the 2021 restoration project. 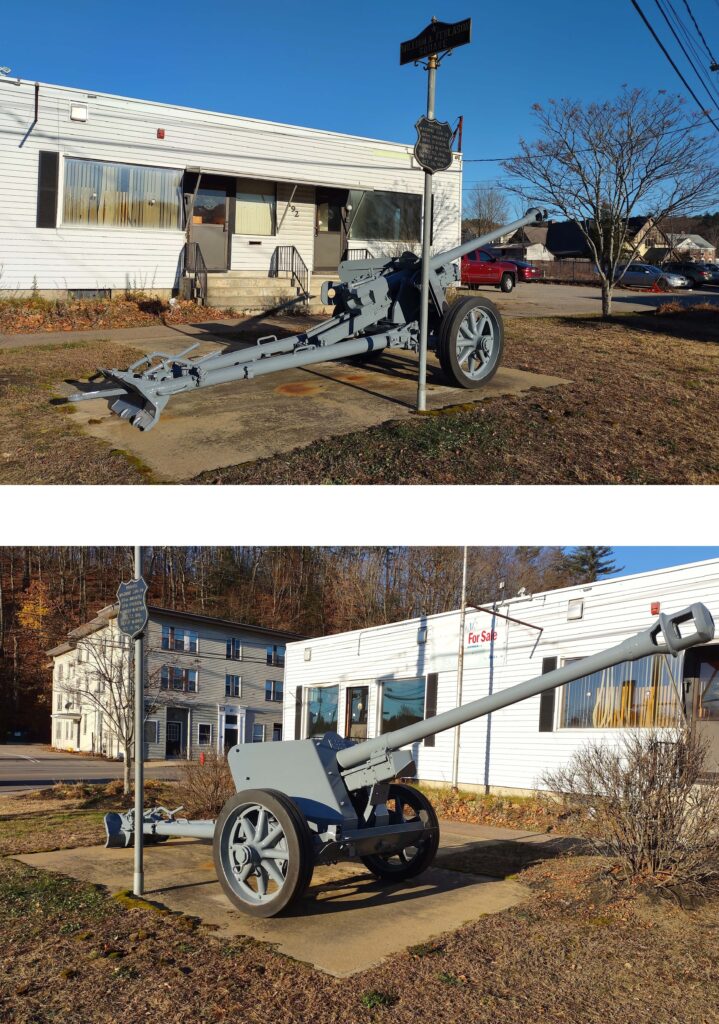